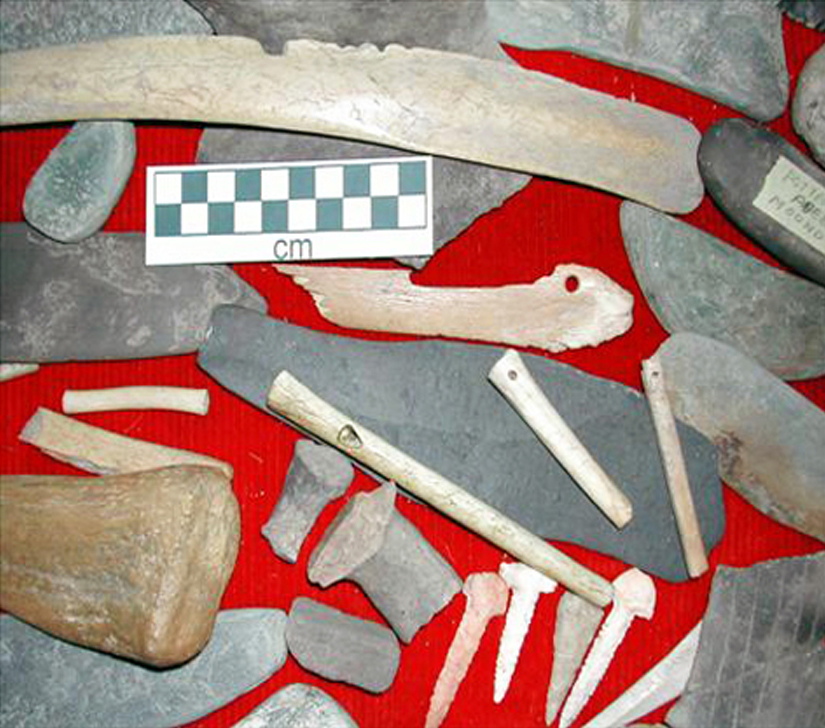 A major portion of the artifacts encased in the Steward Collection are bone flaking tools, stitching and punching implements (awls), food remains, personal adornments, combs, and whistles. The bone artifacts are not time sensitive by style, but can be used for Carbon-14 dating. Identification of bone material to species of animal represented provides clues to the local environment and seasonally of movement. The majority of the bone remains are avian species (ducks, geese, and upland game birds). No endangered species are known to be represented in the collection. Heavier bone for chipped stone tool production, stitching, punching and food scraps are mostly fragments of deer and elk antler, mule deer ribs and leg bones, antelope, elk and possibly bison leg bone. No human bone is found in the collection. Small, hollow, avian bone makes up nearly all of the personal adornment artifacts. They were probably strung together with cordage and used for necklaces or bracelets. The bone whistles are all created from hollow avian bone. Several of the bone alws show lengthy use attested by use or skin oil sheen and were probably transported by the holder to different locations. Some show further decorative manipulation demonstrated by the application of red ocher. Shell artifacts are mostly small sea shells used to create necklaces. Larger shell discs were used as pendants. The shells were traded into the region from the Pacific Coast. 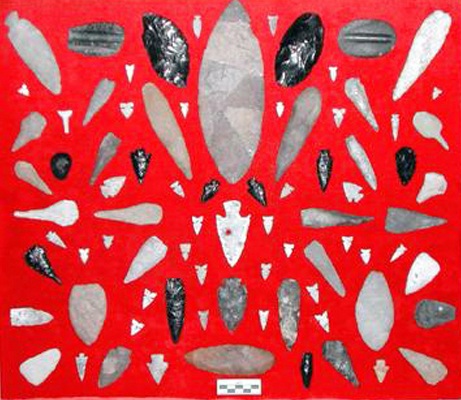 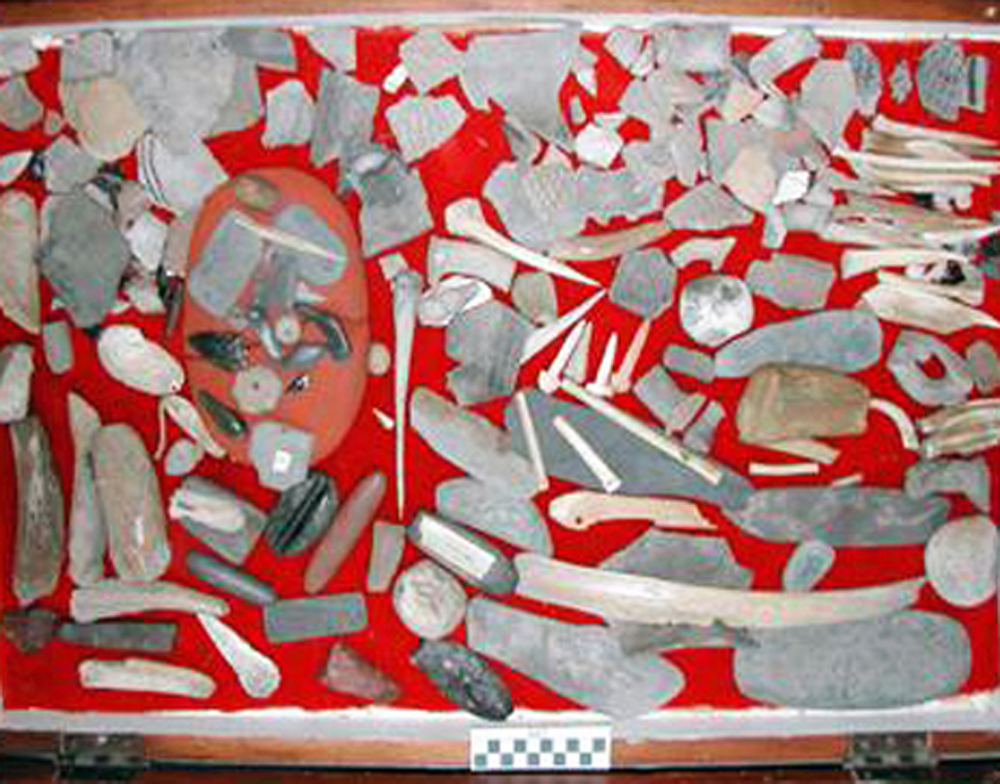 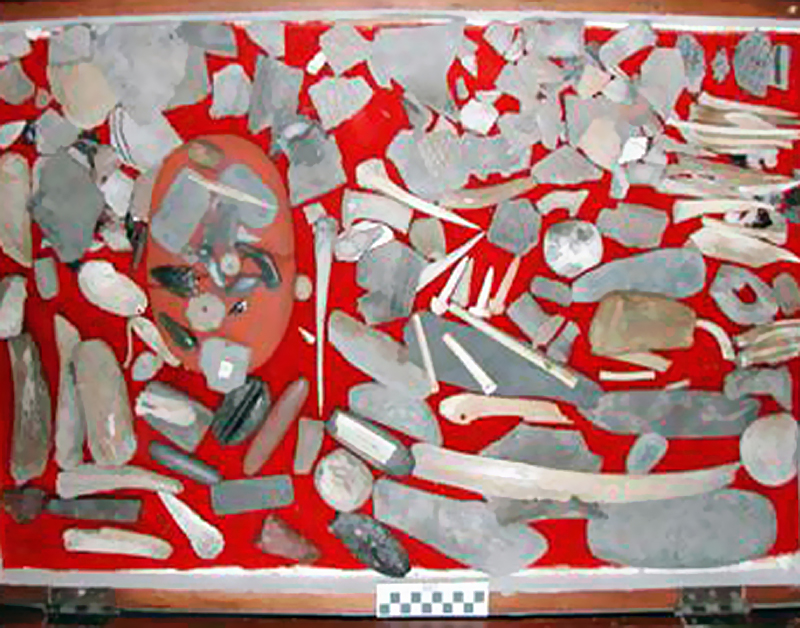 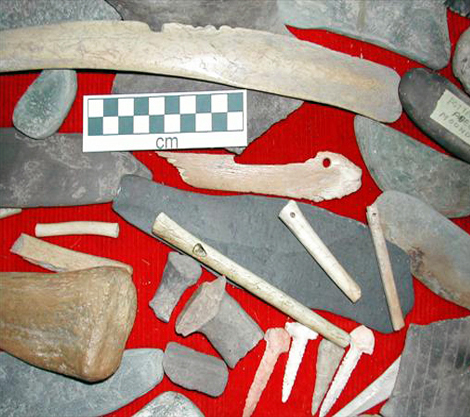 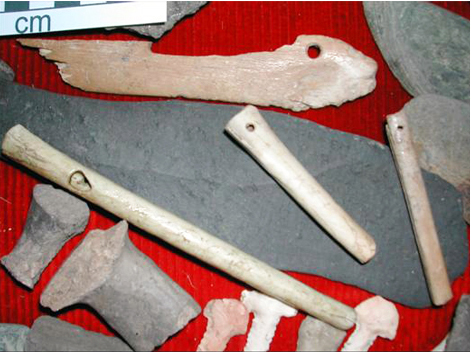 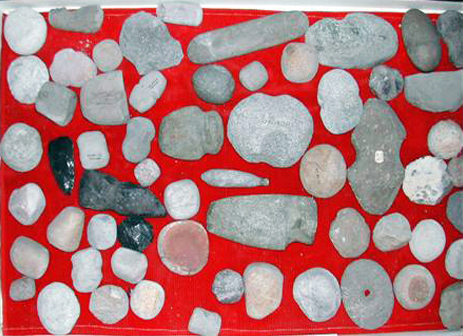 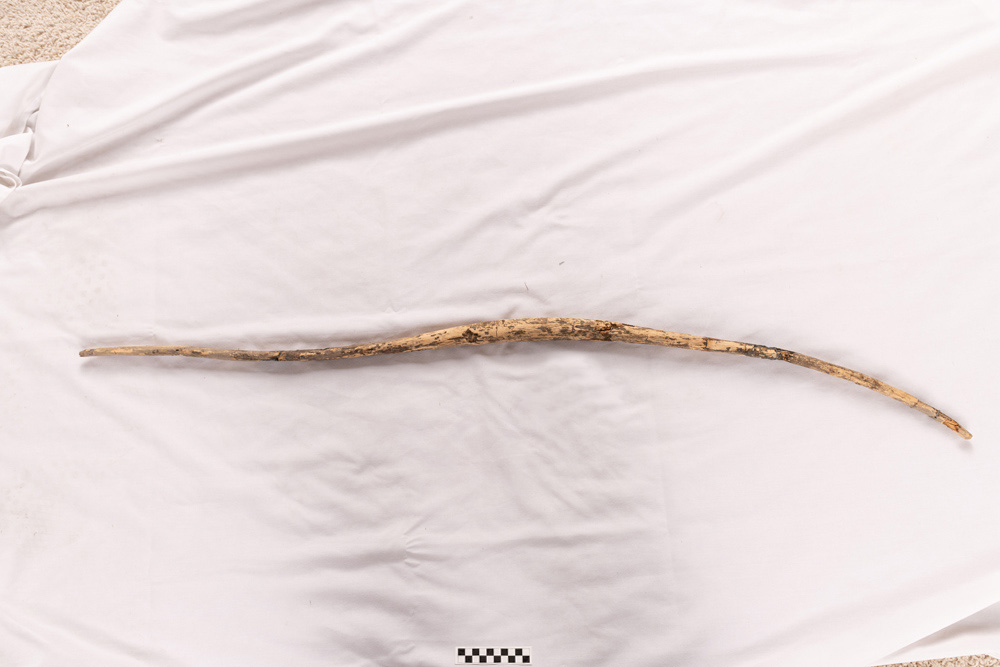 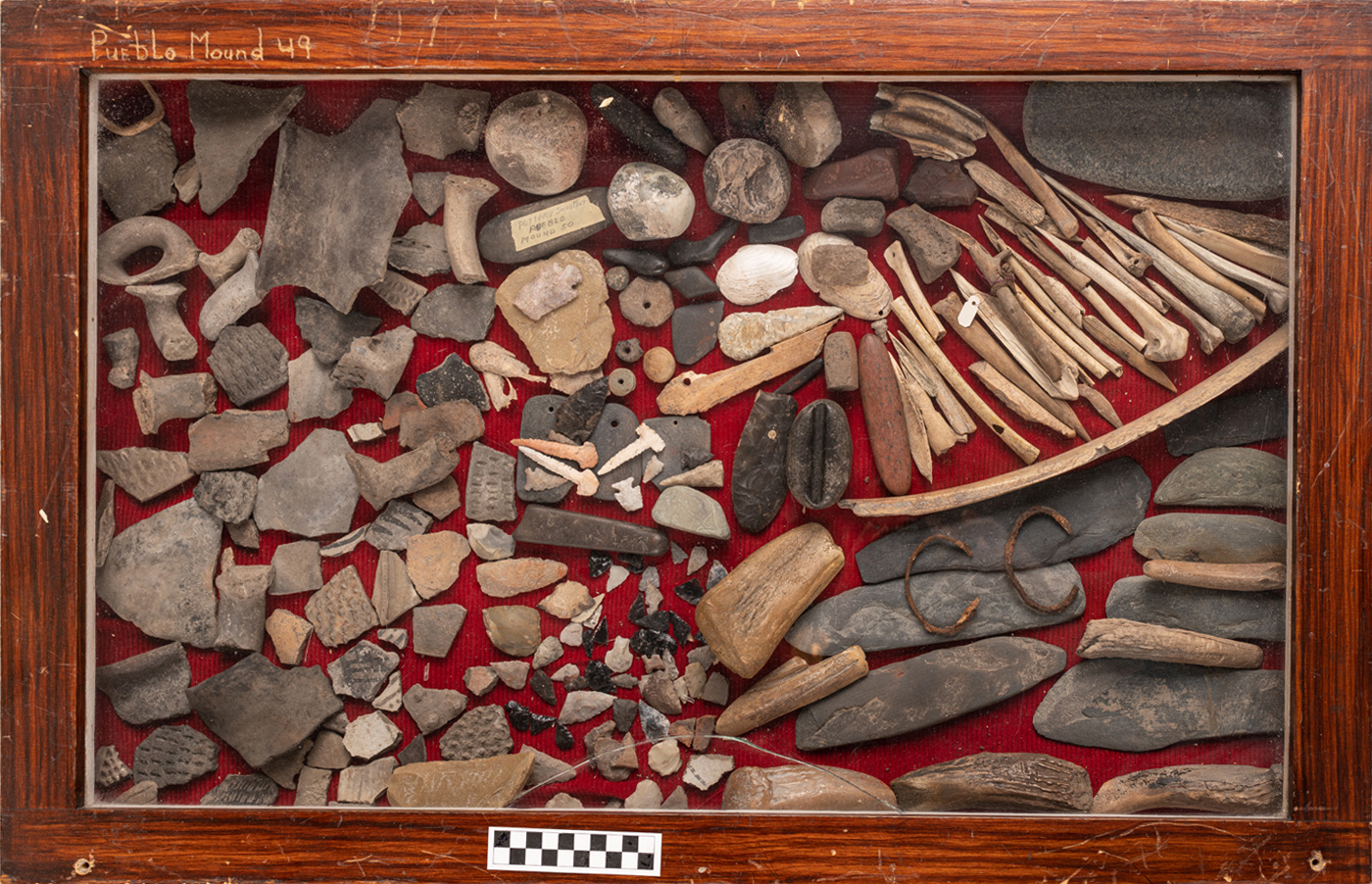 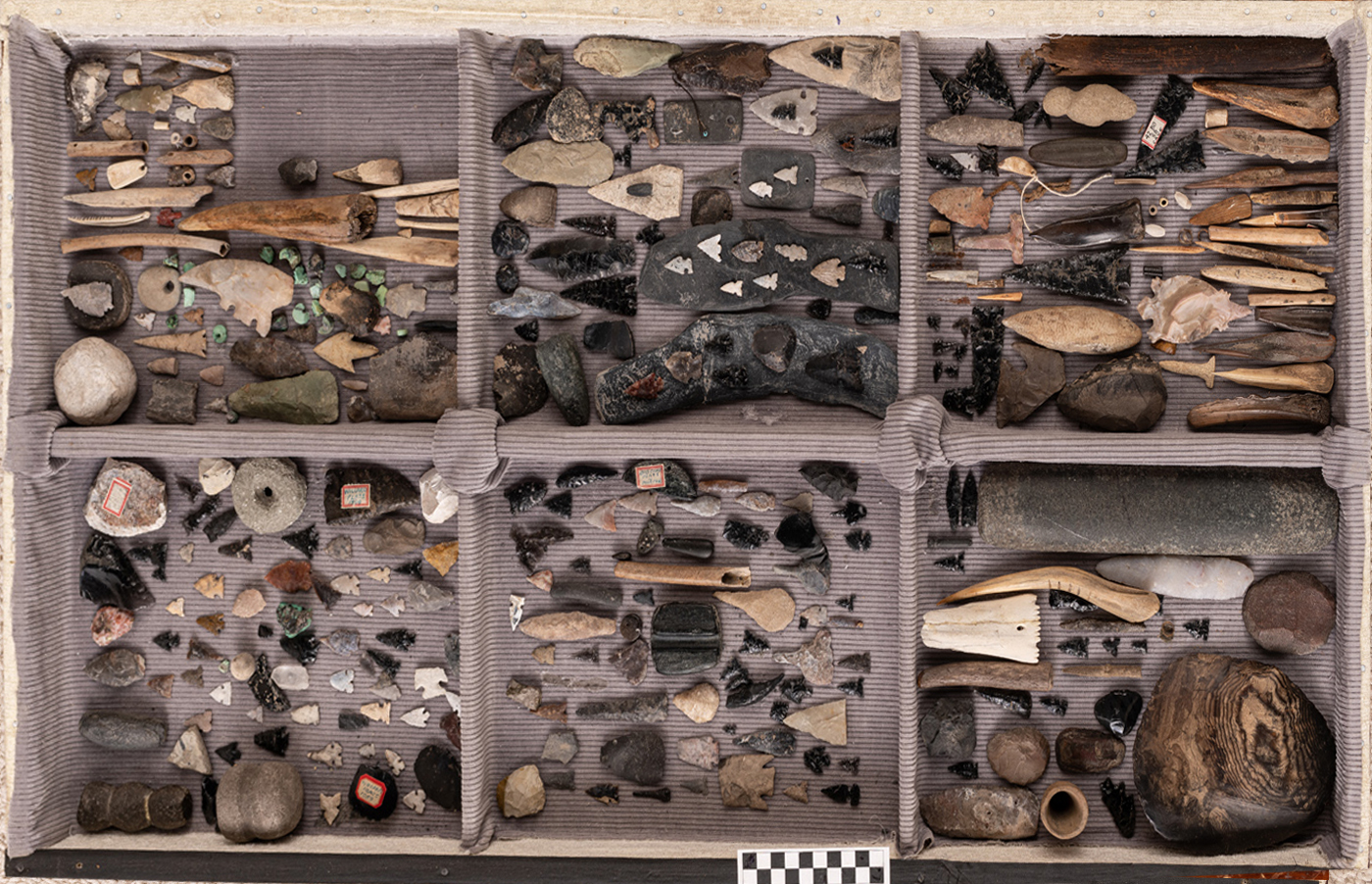 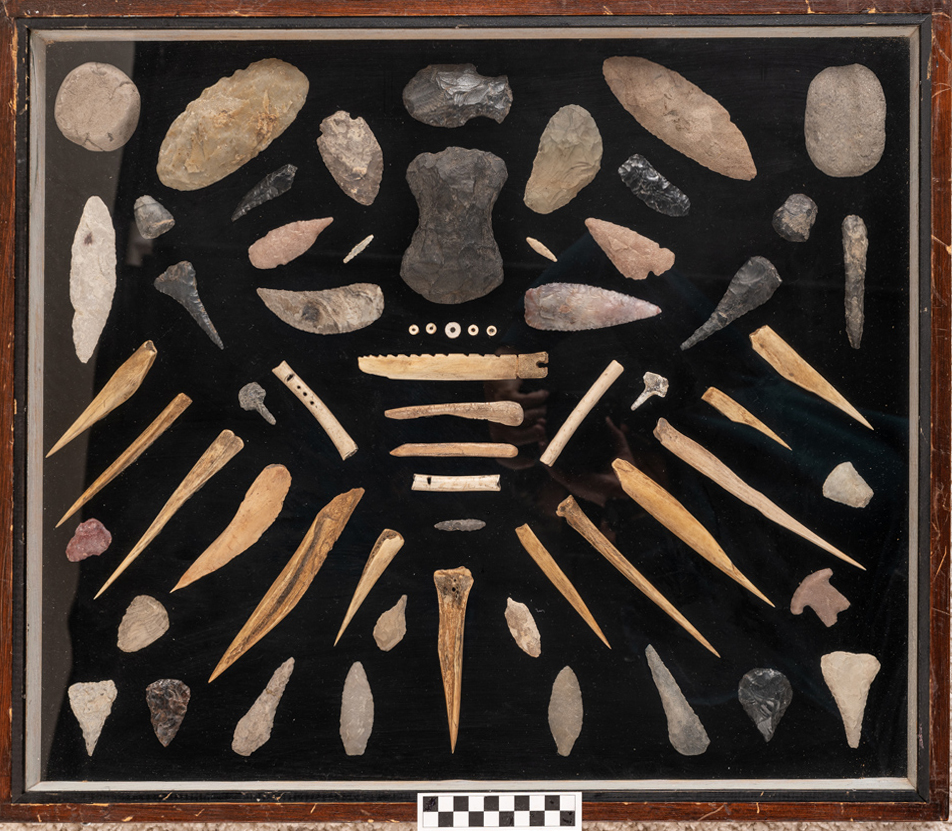 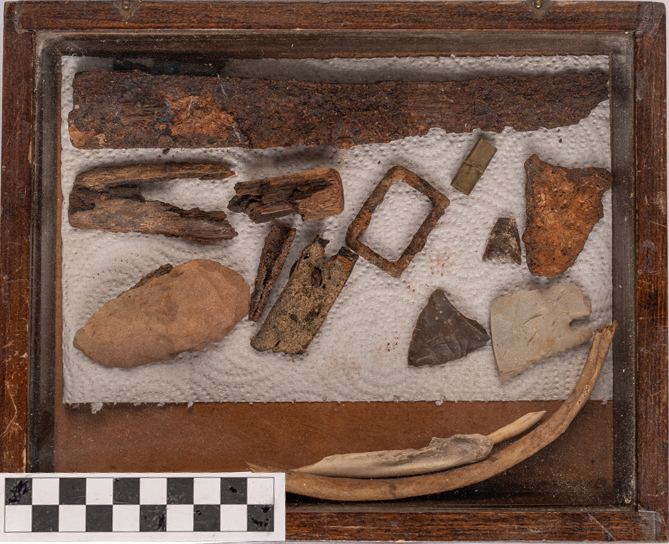